The color of flowers presents a certain throwback charm and sense of culture. People who use flowers to communicate show that they are cultured and capable of being subtle.

The artful use of flowers might give a suitor an invaluable advantage to others because of his skill.

Different colored roses transmit special meanings. In the old days of courtly love men and women were not allowed to talk to each other in private. It was not appropriate for a young man and a woman to be seen together unless they were already engaged and even then it was common practice to have a chaperone.

Men could only speak with women if they had already declared their intentions. In other words, a man was expected to pay court to a woman of his choice until she accepted his suit and they got engaged or until he gave up and won dishonor in doing so.

Since a man was “touch-move” when pursuing a girl, and she could not voice her preference, a method had to be devised to communicate non-verbally.

Courtly behavior was carefully monitored and it was very dangerous to communicate via handmaidens, pages, and other intermediaries because they could betray the sender or misinterpret the message.

So the clever youth developed different meaning of different color roses to communicate under the noses of their parents and chaperones.

In modern times, it probably seems old school to communicate with flowers. SMS, Instant Messaging or Facebook have probably overtaken the need of subtle communication.

Nowadays, it is no problem to approach a girl directly to ask her out. Girls are likewise no longer bound by rules of Victorian courtly love where they had to wait for the boy to make the first move.

We have two categories of cryptography of roses:

A flower assortment can have two meanings. Either they mean something based on the arrangement of the flowers or based on the color of the roses.

So be careful to fix flowers in a way to say one thing but the color of the roses you have picked might say something else.

This one is the easier pick. All you have to do is to ask the florist to arrange roses in the desired style. The most common methods should be obvious to even the most inexperienced observers.

For example, a bridal bouquet indicates happiness as it should be for a woman who is about to marry.

A Christmas bouquet is designed to relieve anxiety and to give joy during a festive season.

It should be clear what for the flower arrangement is. Just ask your local florist, they will know how to compose it.

To the more sophisticated it is a real amusement, to artfully choose roses, used to define a message that the untrained eye will not discover. Even what will appear as just an ordinary bunch of flowers, might convey a hidden message. As they say, a picture says a thousand words, imagine how many words flowers can say? 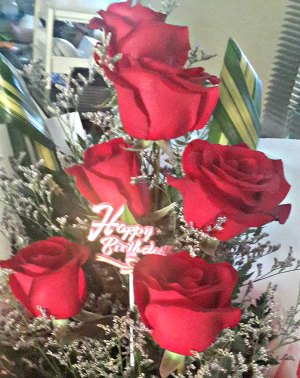 Red is the most conventional and common color for roses. The meaning of red roses is love, respect and beauty. Given to a loved one it means “I Love you” and pretty much everybody gets it when you give someone red roses. 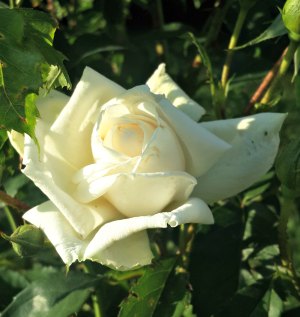 White roses stand for innocence, purity, humility and the promise that the person they were given to is worth to receive them. White roses are standard for close friends when they are not yet in a relationship.

If you want to wow a girl, give her blue roses. They don’t exist in nature, and a blue rose is a white rose dyed blue. Few will know this fact, and they will ask for the meaning of it.

The meaning of the Blue Rose refers to “ forlorn hope” a love that is all but impossible. But this can also mean that the giver is willing to do the impossible to attain the love of the person in question.

Since Blue Roses are not real, some people buy Mauve and Lavender Roses instead of Blue Roses. The meaning remains the same, just less pure than a ‘blue rose’. 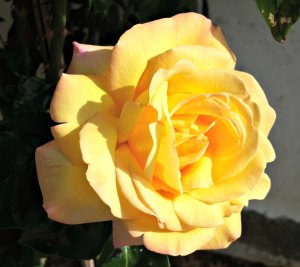 Another less conventional rose is a yellow rose. Yellow roses imply respect and admiration, but to others, they mean infidelity and jealousy.

It is probably best to make it clear since some people will misinterpret or will be confused about a yellow rose. But as long as both understand it the same way, yellow roses can be perfect flowers for courting if you don’t want to stick with traditional red roses. 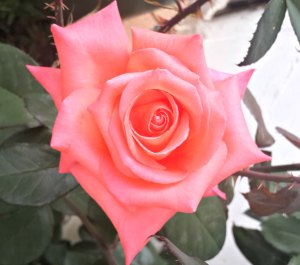 A pink rose means grace, sophistication, and elegance. They are an expression of platonic love and friendship, maybe a good choice for young people to start courtship.

It is less precise than a red rose. However, it says somewhat more accurate than a white rose.