The extensive variety of Hybrid Perpetuals, botanically called ‘Rosa Hybrida Bifera’ developed at the beginning of the 19th century, about the same time as the Bourbon Roses.

Almost all important groups of roses are involved in their occurrence. Most varieties bloom a second time in fall (Hybrid Remontants), but many of them are real recurrent flowering types.

Most Hybrid Perpetuals are tall growing and grow heavily in the early summer, occasionally in summer and moderate in fall. They are crosses between Portlands, China's and Bourbons.

They are popular because of their large, round, full-bodied flowers, which smell generously.

They are winter hardy and love rich soil.

Prune them at the end of February by removing old and twiggy wood and short the canes by one-third.

Cut off spent blooms and diseased as well as dead wood permanently to maintain recurrent flowering.

Until the end of Victorian times it is estimated that about 4000 Hybrid Perpetuals had been introduced. Many of them already have the characteristics of modern roses and still are very popular in today’s gardens. 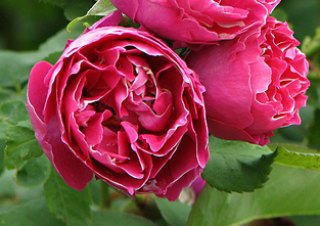 Often known under the name of ‘Princess Christine von Salm’ or 'Royal Mondain’, this variety is one of the most famous rose of its type and was introduced in France 1897. 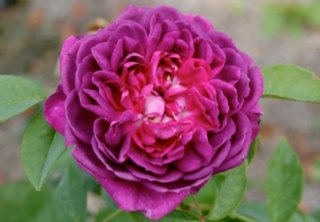 The hardy shrubs are nearly thornless and provided with perfect soil; they will re-bloom in fall.

They grow tall up to 5 feet and spread to a width of about 4.5 feet 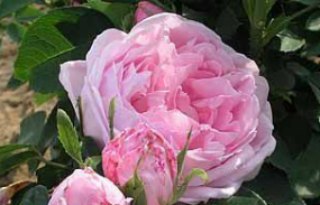 The repeat flowering bushes spread a soft scent, and as a climber, they can grow up to 9 feet.

The variety is perfect for a cut rose.