Fragrant and extremely hardy with large globular blooms the Centifolia Rose is worth to find a special place in your garden.

Because of their large blooms with numerous petals resembling a cabbage, Centifolias sometimes are named as ‘Cabbage Rose’, although I can’t see how a beautiful rose has any similarity with cabbage?

This beautiful rose dated back into the 16th century and was described in John Gerard’s ‘Herbal’ as the ‘Great Holland Rose’ and the ‘Provence Rose’, where they were developed and extensively grown.

Nowadays the most popular outcomes of Centifolia’s are grown by ‘David Austin®’. The roses grow up to a height of 6 feet with fully double blooms. They are often used for the production of rose oil.

In their color they range from pink to lavender, but some of the sports can show a beautiful white coloring.

How to Prune Centifolia Roses

As for Alba Roses, Centifolias normally require less pruning. Once established, the removal of very old wood after the flowering season is recommended.

Normally a cutting back is not necessary, but the shortening of any growth in early spring by one-third is a method to get healthy and heavy blooming in summer. However, I am always careful about a massive pruning of a Centifolia.

To remove any dead canes at the base or the point of discoloration should be part of the yearly routine too.

I recommend to cut back extra-long canes to avoid wind rock in September-November.

I am a big fan of old roses, and Centifolia’s are for sure one of my favorites because of their exclusive blooms.

Unfortunately, I have to warn you about a small drawback: They are more expensive than other roses. 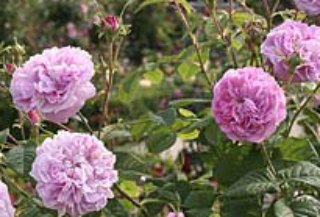 Their bushes display coarse, grey-green leaves with five to seven leaflets and have heavy thorns.

They grow up to 6 feet and spread to a width of about 4 feet.

Their fragrant blooms are the reason, why I recommend them for every garden. 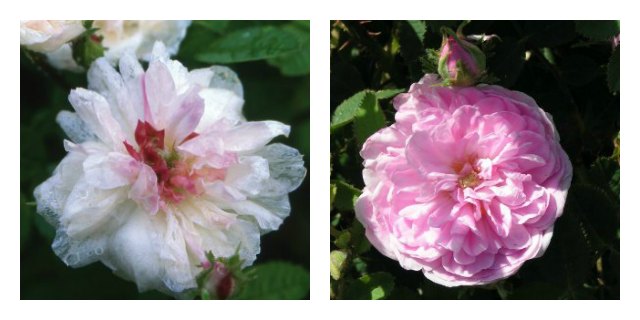 A perfect variety of an old rose for smaller gardens. This once blooming rose bush grows up to a height and a width of 3.6 feet.

The ‘White De Meaux’, a white sport of De Meaux is an exquisite small bush with a similar growth habit. 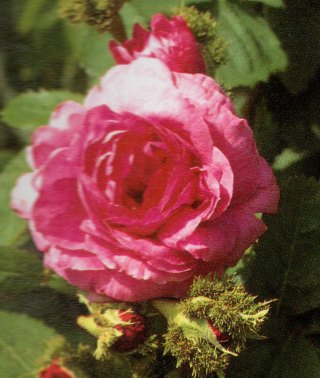 Its richly scented flowers open flat and are sometimes quartered.

The Name ‘Chapeau De Napoléon’ refers to the heavily mossed buds which look like tricorn hats.

They grow to a height of 5 feet and spread to a width of 4 feet.